The sweet taste of the spirit of harmony

Written as ‘O’ but pronounced ‘wa’ in Japanese this simple character is all about the spirit of harmony. It is the harmony that is found when two very different worlds meet and complement each other.

O [wa] offers this harmony and intends to spread this sense of well being through a simple confection that is all about harmony itself, blending the finest frankincense in the world – Oman’s Hojari Frankincense – with traditional Japanese kyo-ame confectionary skills and techniques.

to taste the spirit of harmony 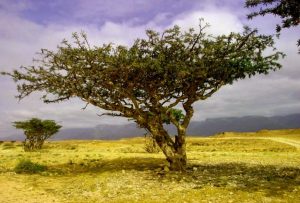 One of the most precious of natural resources in ancient times, frankincense was highly sought after by the rulers of ancient Egypt as well as the Roman Empire. The Dhofar region of Oman was one of the few places in the world where the tree that produces this coveted resin grows and Oman became renowned for the high quality of its frankincense especially the premium Hojari variety.

The harvesting of the resin is done carefully by local tribesmen who are the caretakers of these rare trees having inherited the responsibility from their elders. The resin is collected by making incisions on the tree and allowing the sap to run and harden before it is collected. This process takes place only twice a year and each tree produces about one kilogramme of this precious substance per annum.

Used primarily as an incense (in fact, the English word Frankincense is a contraction of the old French words franc encens which mean high quality incense) frankincense has also been used extensively in traditional medicine where it is said to help combat inflammation in osteoarthritis, kill cancer cells, boost immunity, fight infections, reduce anxiety and fight depression. 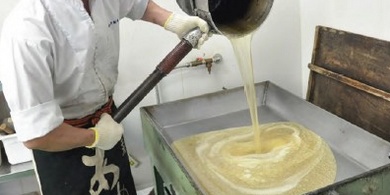 The capital of Japan until 1869, Kyoto is a city rich in history, resplendent in its gardens and deeply spiritual in its beautiful shrines and temples. But there is another simple attraction and pleasure in Kyoto – the kyo-ame sweets that the city is famed for.

Created by master confectioners using skills that have been passed down through centuries, kyo-ame are mostly handmade with processes that carefully observe temperature, climate conditions and select ingredients to produce small, crunchy sweets in a variety of flavours.

The master confectioners of Kyoto have now worked with an ingredient that was new to them, premium Omani frankincense, to create O [wa] luxury frankincense candy.

It is where the purity of nature blends with time honored practices to create a whole new experience for your palate.